The third Wright and Tran Novel

Kara Wright is a former Royal Air Force Intelligence Analyst. Her best mate, Tien Tran, is a veteran of the British Army’s Intelligence Corps. Both served in Afghanistan and both were lucky to make it home. Now they are private investigators in the service of an off-the-books agency.
When reports of British weapons in the hands of ISIS are ignored by those in government, Kara is tasked with finding out how it could have happened. Isolated in a world of half-truths and lies, international arms deals and power politics, she is quick to discover that she’s been working for the wrong side.
What she didn’t figure on was that making amends will place her, and those she loves, in the sights of those who have everything to lose. 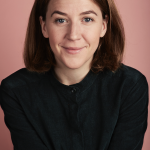 Probably best known to international audiences for her role as Lady Yara Greyjoy in HBO’s Game of Thrones, it is great to have Gemma voicing Kara and Tien’s adventures in Face Value and we’re looking forward to her continuing with the the rest of the Wright & Tran series of crime thrillers.

What readers and listeners say about Fall Guys

5 out of 5 stars Fall Guys – another great success from Ian Andrew.
This is another great work of fiction from Ian Andrew; having read the previous Wright and Tran books I was not disappointed.
Amazon Reviewer
Fast paced, topical crime thriller.
Wonderful thriller. A pleasure to read, great characters, interesting plot, hopefully some day a commissioning person will find this author and Wright and Tran will become visible in a television series, this is the third in a series and number four is on it’s way, cannot wait.
Amazon Reviewer