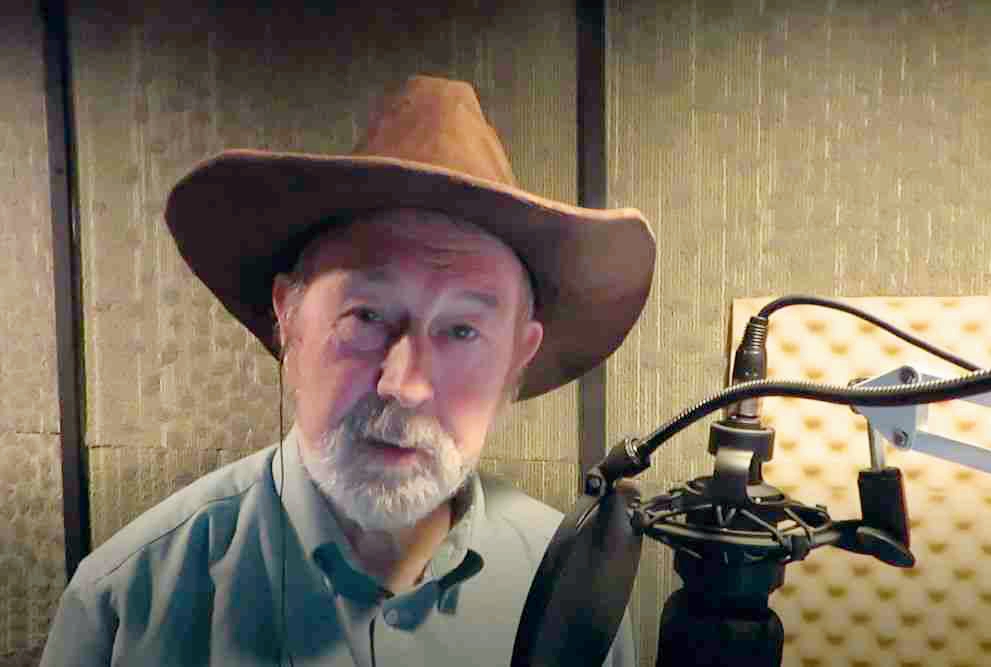 Born in Colac Victoria, Geoff is a textile chemist. So what is he doing in the USA narrating Audiobooks?

It’s a good story – After designing a patented process for carpets, he and his family moved to Lexington, Virginia, USA, in 1979. He now lives in Roanoke, about 50 miles from Lexington, and is technical director for a yarn dyeing company. He is 74 years old, and enjoys working every day with no plans to retire …yet.

From his early childhood he has enjoyed making a joyous noise his mother used to say he was inoculated with a gramophone needle…(now that will date you). As a teenager he was enthralled with the Goon Show, and he and his friends spent hours mimicking all the voices and comedy from the shows. Then at the age of 16 , when most boys are out getting their bodies damaged playing Aussie rules football, Geoff bought his first tape recorder. There followed may creations of his own radio shows, until it was time to make a living, and he decided to get into textiles. He invented a machine to stretch yarns for a science project and won a statewide award and bursary. This deflected him into the world of dyeing and processing textiles. Again, his youth was consumed with his science experiment, thus avoiding becoming an Aussie rules victim. He avoided the compulsory Friday afternoon sports at high school by joining the gardening squad and thanks to that he still has all his cartilages.

After moving to Virginia, he followed a career in textiles and dyeing. Joining Toastmasters about 20 years ago, he developed a public speaking module which he teaches twice a year at the local advance high school. Then, about 4 years ago, his wife saw an add in the paper for voice over testing. It was a free session where they gave you a test, and if you passed you could proceed to spend a few thousand dollars for further training. Of course everybody was a “natural”. Geoff paid his money, figuring if he invested that much, he couldn’t walk away. So it was he became a trained, unemployed voice over expert, which is how most remain, but Geoffrey didn’t. He began narrating audiobooks about 3 years ago, and now has over 70 titles to his name.

Now lets talk about how he ended up narrating Walk a War in My Shoes. Over to Geoff,

“Before I knew about the finer details of the book, I knew it was a WWI memoir and so, I auditioned, reading the short audition piece of script as per usual. After a couple of recalls, much like a semifinal and final, I won the job. Now, you should know that when I came to the US, I bought 30 acres to build on and I called the the property, Otway Ridge, which is still my e-mail address. This was in recognition of the place I called home in Victoria, Australia. Then when I set up my audio company, sure enough I called it Otway Audio. I even have a street in Lexington named, Otway Trail, so you better believe I’m an Otway boy.

Anyway, I have this book to narrate and as soon as I started to read and get into it, I realized that this was a story of my people, the inhabitants of the western district of Victoria… of Colac and the Otway ranges. Additionally I have always been brought up, as are most of my generation, with extreme reverence and pride about ANZAC. So here I was narrating a book about ANZACs from the Otways. I guess you can take the boy out of the country, but the country will seek him out.

I was and am absolutely thrilled to be part of this project and I hope my passion and enthusiasm for it shines through in the recording.”

We at Leschenault Press and the author of Walk a War in My Shoes, Murray Hall, can tell you, it certainly does, Geoffrey! 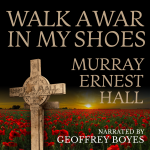