Paige graduated from NIDA with a Bachelor of Dramatic Art (Acting) in 2009. Prior to her studies at NIDA, she studied Classical Piano at the Queensland Conservatorium of Music and Music Theatre at the Victorian College of the Arts. In 2015, Paige completed further acting training in New York City, studying Practical Aesthetics at The Atlantic Acting School, and Sketch Writing, Improvisation and Sketch Comedy at The People’s Improv Theatre; and in Paris she studied Clowning and Improvisation under the tutelage of master clown, Philippe Gaulier. 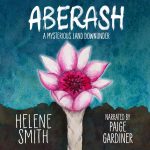