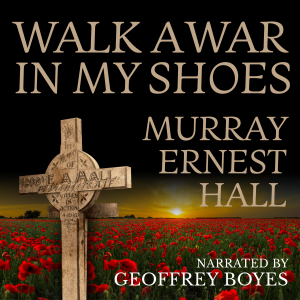 Walk a War in My Shoes

On August 25, 1895, Ernest Alfred Hall was born into a pioneering Australian family that lived on a 313-acre property called “Cloverdale” near the hamlet of Beech Forest, south of the Otway Ranges, some 200 kilometres south west of Melbourne, Victoria. As a child, it seemed he would be destined for the life of a farmer in a country that was just realising its independence through Federation, yet his path was to be diverted by the cataclysmic events that befell Europe and the British Empire.

So it was, that one month short of his 20th birthday, Ernest caught the train to Melbourne and enlisted in the Australian Imperial Force. At only 5′ 3″, he was never going to be the biggest soldier in the army, but as his father said to him, “It’s not the size of the dog in the fight, son, but the size of the fight in the dog.”

Like so many, Ernest Hall embarked for the war to end all wars. Unlike so many, his letters and records survived. This is his story. 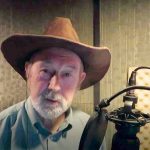 Born in Colac Victoria, Geoff is a textile chemist and a vastly experienced audio book narrator, with a very unusual story regarding how he came to be the narrator for Walk a War in My Shoes. Click on his photo to learn more.