Hi from the Readers’ Club with an in-depth look at one of
our books and its author. Although with this anthology there are 15 writers,
so we opted to get a single volunteer!!
Boy oh boy, did K Dee come through for us! Who could have guessed her favourite sound!

“Death, Despair and Other Happy Endings”
Bunbury Writers Group
A wicked anthology that introduces readers to the talented and occasionally twisted minds of South-west Australian authors. 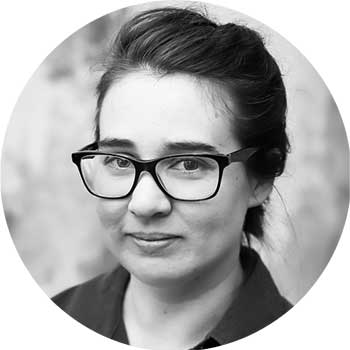 Hi K. Dee, who are you? I’m a locally grown, Bunbury, South West Australian human. When I left school I went in search of a place to read without interruptions. Became a hippy in a van doing laps of the country with the wind in my dreadlocks. A few years of that and I headed off to Canada. Spent a winter on the side of a mountain. Shovelled a ton of snow. When the snow thawed, I cycled south and discovered I really liked bicycle touring. Since then I’ve toured tracts of the USA, Europe, Japan and Vietnam. Presently, I’m a responsible, grown-up human with a collection of bicycles and a writing addiction. I contributed two of the stories for the anthology, Awake and Immolation.

Thanks, so what gives you the idea for your stories? Ideas ping around in my head a fair bit. My passion is contemporary fantasy, a genre that is all about mixing the mundane with magic. Think Harry Potter, Buffy the Vampire Slayer or Supernatural. Without any prompting my brain considers how to defend my office building from an invisible warlock attack, contemplates the immigration patterns of mermaids, or decides what to do if I turn up to work to find I’d been replaced by a doppelganger. You know, usual stuff. My first story, Immolation started as a question. What would a town like my hometown of Bunbury be like if it had a dragon? We’ve all asked ourselves this question I’m sure.

The second story was inspired by a drain. Is that weird? I don’t think it’s weird. While brushing my teeth, I found myself staring at the plug hole wondering what type of monster lived down it. Since my head had gone to the trouble of creating me a monster, I figured I should come up with a person to get rid of it. And that’s when I created Kellie. A seven-year-old foster kid, who has bigger problems than a drain monster to deal with.

What do you hope readers will take from the book? Entertainment. This is a book with lots of different types of stories. Some of them are gross—I’m looking at my co-writers Mark as I type that – seriously, who knew that type of story would be inside his head? Some are sweet. Some are thought provoking and others are so scary I have to turn all the lights on in my house to read them. We made the anthology to show that in Western Australia there are local people writing awesome stuff. If we can entertain our readers and leave them satisfied—what else could an author ask?

What are you working on next? A trilogy about gods and mortals living in an alternative version of Australia. I know—that old chestnut. I finished the first draft to all three books as of last week. Now I’m on to the second draft phase. They tell me, the second draft is where I get to pretend I knew what I was doing the whole time.

*****************************************
Now, we always try to end our look at an author by asking them to take part in a modified version of the famous Proust Questionnaire that James Lipton would use at the end of the ‘Actor’s Studio” interviews…
So, if you are willing:
What is your favourite word? Bright. Because it is.
What is your least favourite word? Colleagues. I always write ‘colleges’ instead. No idea why this word is so hard for me. I’ve spent a lot of time arguing with my word document, trying to get it to understand that I mean ‘people I work with’ NOT ‘places I studied at’.
What is the best book you have ever read? This is an impossible question. A bit like asking, what is the favourite breath of air you ever took? My current favourite for 2020 is All Systems Red by Martha Wells, because Murderbot is the best character I’ve come across in a long time. Almost as good as Jim Butcher’s Harry Dresden.
What is the worst – and if you don’t have a worst, then the worst book to film adaptation? Life is too short to read books you don’t like. That being said, I was forced to read Cloud Street as a teenager. To enjoy Cloud Street you need a level of maturity I still haven’t obtained.
What sound or noise do you love? The distinct sound of a long zip being done up or undone. Because? Camping.
What sound or noise do you hate? The sound of a power drill, drilling into metal. There’s an advertisement for a shed builder on the radio at the moment. They’ve decided the best way to promote their product is to play that sound—several times.  Every time I hear the ad, I make a panicked dash to the radio, hit the off button, pull the cable from the wall and hurl the radio out the window. I’ve gone through a lot of radios recently.
What is your favourite smell in the world? Melted Cheese. If they made melted cheese scented deodorant, I’d wear it.
What profession other than your own would you like to attempt? My sister and I walked part of the Cape to Cape trail in Western Australia a few weeks back. While we were on the edge of a cliff, staring at the view we had the following conversation.
I said, how great would it be, to be the person who maintains the Cape to Cape track?
She said, do you think they’re like Edward Scissorhands—running up and down the coast, trimming trees with their scissor hands?
I said, well obviously.
So that’s my new dream job, the Cape to Cape track version of Edward Scissorhands.
What profession would you not like to do? Accounting. I can’t do math. Spreadsheets give me a cold sweat. I use a calculator for embarrassingly low addition sums. The last mathematics lesson I had ended with me running from the classroom crying. I have friends who are accountants. They tell me these ‘fun’ little anecdotes about losing five cents and going through pages of calculations to find it. THOSE STORIES ARE THE STUFF OF NIGHTMARES!
If heaven exists, what would you like to hear God say when you arrive at the pearly gates? Surprise! I’m actually Buddhist. Here’s your copy of Reincarnation for Dummies. You’ll be returning as a mollusc.

Thanks K Dee!! – Don’t forget to get all the latest news, reviews and competitions by signing up for the LP Reader’ Club.